Everything has completely changed.

How 1960s parents used to raise their kids is now different.

Our generation mum is too busy. Unlike in the 1960s, taking care of kids was a full-time job. Today mums don’t stand a chance.

Not because they don’t want to, but situations have forced them. They are educated and work as well as men.

Due to these factors and many more, toddler parenting has become a wild goose chase. And, kids have been left in the crossfire, suffering.

However, daycares have come to play a pivotal role in ensuring they stand-in for the busy parents.

This is how daycares have helped many mums across the world.

Apart from all the above, daycares are cheap and yield high profits to their owners.

In a month, this is how much profit you can make from your daycare business

With an estimate of 20 kids, you can earn a profit of Ksh 10,000-100,000. Excluding all the costs you incur on that month. These estimates depend on how much you charge per kid.

Besides, the profit margin is also affected by other external factors. These factors include; the location of your business, caregiving services, security amenities, and the number of kids you will be getting.

On the other hand, clients consider things like the cleanness of your daycare, your staff-child relationship, and the amount of money you charge.

All these variables directly affect your profit margin.

Before venturing into this business, let's discuss some of the reasons that make the daycare business profitable in Kenya.

Majority of Mums Work Outside Home

In the 1950s, men are the ones who went to work while women were housewives.

But as years passed by, women got more empowered. They got formal education, employed, and became managers in big offices like men.

This, however, limited them from taking care of their kids. They found themselves spending 8+ hours on their jobs.

And when both mum and dad are busy at work, there is no ample time to take care of their kids. Due to this busyness, there is no doubt they need a dire solution. Most of them result in the house helps.

But those who don’t like all the hustles of the house help prefer daycares, where their young ones can stay peacefully during the day until they return in the evening.

Getting A Reliable Domestic Manager Is Hard

...especially for the employed parents.

Besides, in 2011, Kenya passed domestic workers laws that made it unaccommodating to handle house helps.

The law, which is in line with the International Labour Organization (ILO) convention, declared all domestic workers be entitled to the same Labour rights as other employees in the Republic of Kenya. They were allowed sick leave, 2 days off in a week, 21 days annual leave with full salary, maternity leave, a safe working place, and many more entitlements.

About their salaries, they are supposed to earn at least Ksh 4,577 depending on their workplace. This offered them job securities and better income to support their families.

And on top of that, when you are caught harassing them, you will be penalized with a fine not exceeding Ksh. 50,000 or imprisoned for a term not exceeding 3 months or both. (The employment act 2007).

Due to these laws, having a nanny means having more responsibilities. It makes the simple task of raising a child more challenging rather than fun. As a result, to pass that liability to a third party, daycares stand a better chance to resolve this problem.

It’s A Guarantee The Daycare Business Will Yield Lucrative Returns

Once you open a daycare, you have a guarantee of quick returns.

For instance, this is how I observed some daycare making profit with 20 kids.

1 daycare charged Ksh 100 per kid in a day. Making a total of Ksh 48,000 in a month excluding weekends. This amounted to Ksh 15,000+ profit, after paying the assistant (a helper in daily activities such as general cleaning) and daily costs like lighting, water, toys, among other overheads.

But in most cases,

However, this is different from other big commercial daycares.

They are located in big cities where the population is high, are more advanced, and offer a variety of services such as:

For these types of daycares, this is how they earn.

There is a Ready Market

Let’s back this claim with some facts.

The Kenya National Bureau of Statistics (KNBS) 2019 data shows that Kenya has 47.6 million people. Which is an increase from 37.7 million people in the census done in 2009.

Also, the world population review of 2019 reported, for every 20 sec a child is born.

The increasing number of children, plus the high concentration of people with families in urban and growing towns, create a perfect market condition to set up a daycare business.

Here Are 4 Tips To Increase Your Daycare’s Business Profitability

For your daycare to be more profitable, consider the following tips.

Set up your daycare business in a convenient location

When setting up your daycare, you have to consider the following factors:

Best located daycares make it easy for parents and staff to access them regardless of the time in the day.

In the same manner, security assures parents that their kids are safe, which alleviates needless worries.

No parent would like to leave their kid with somebody they don’t trust. Before handing over their toddlers to you, most of them do research to ascertain whether you can take extra caution with their kids.

To avoid losing clients, you have to take your business seriously. If it is just a hobby for sheer pleasure, resist such ideas and start learning everything there is to know to become a professional in running the business.

For instance, you should train your staff on first aid. This is because, in case an accident occurs, your assistance can easily handle it before seeking further treatment. To parents, this shows how concerned you are with their kids.

Your daycare should not jeopardize the life of any child.

The environment should be friendly to them at any cost. Avoid anything that can harm the kids, like nails, sharp objects, wet areas, and unkept compounds with garbage carelessly thrown all over.

This is because children are prone to diseases, and hygiene should be a fundamental consideration.

On the other hand, provide them with safe toys, playing amenities, comfy beds, and engage them with stories that will resonate with them and build powerful memories.

Marketing helps your daycare known to a large number of parents.

Have several posters, mingle with parents when in church and let them know your grind.

Start a blogging website on child care and invite them to your social media page.

Let your successful customers spread the gospel about your daycare.

By being meticulous in your marketing campaigns, you will attract many clients who will remain loyal to your business.

But always remember to keep your promise. Do not preach water, while you drink wine.

In this article, we have discussed two types of daycares:

A Home-based daycare is the type of daycare in which a caregiver takes care of kids in his/her home. He/she starts with few children and probably one staff.

But as the number of kids rises, more space is required. To solve this, you have to shift your daycare outside your house.

A daycare outside your house we refer them as daycare centers.

In simple terms, they are known to us as preschools or nurseries. They accommodate many kids and are most trusted and appealing to many parents. They have lots of staff, and their structures are best constructed to accommodate toddlers and mature kids.

Should You Start A Daycare Business?

Start with a home-based daycare if you have limited capital and you want to taste the waters before diving in wholly. However, if funds are on your side, build a daycare center. But you will have to work on your marketing skills to breakeven soonest.

Depending on the type of daycare you chose, there is always profit to reap.

Regardless, to be more profitable and successful, you should evaluate your revenues wisely and clearly manage your expenses. Always remember the 4 tips we have shared on how to increase your daycare profitability.

Besides, with the 4 reasons that make a daycare business profitable, you can make a clear decision on what type of daycare to venture into. The beauty of this business is the availability of the market. Every 20 secs somewhere in the world, we are receiving a newborn, which will soon need daycare services.

You now have a solid background to help you kickstart your daycare business; it is your turn to make the dream a reality. 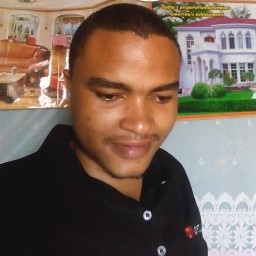 Meet Mark. He is one of the co-founders of Biasharatalk. He's on an adventure to make business ecosystem survivable because he believes the world is ruthless for another choppy startup. That's why he has sworn to make your business life painless, fun, and hopeful. Join him at Biasharatalk as he passionately chats about latest proven business strategies.

The Water Business: The Cost of Starting A Refilling Station